Our hold‐open system with the RZ‐24 central and the fire detectors RM/WM 4000 is now officially approved in Germany.

After nearly one year of waiting we have finally received the long‐awaited General Type Approval for our new hold‐open system. 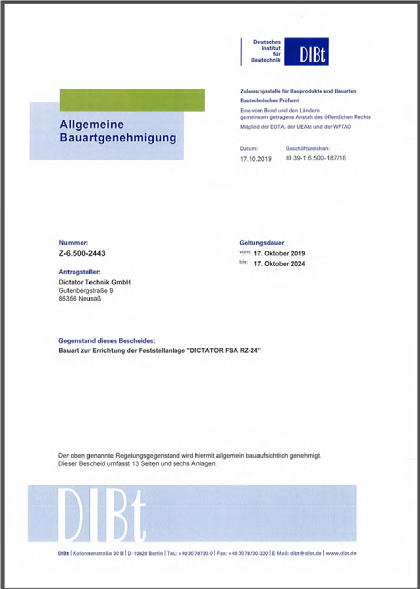 The General Type Approval replaces the previously customary Approval by the
Building Authorities. The change of term is due to European rules.

This extends the range of application of our hold‐open system, makes it even more flexible.

In the type approval you will find the regulations regarding installation, approval and maintenance of hold‐open systems valid for Germany.

During this year’s representatives‘ meeting many of you already had the opportunity to get to know the relevant regulations at European level, nearly the same as the German regulations, on the construction of a hold‐open system and to carry out the wiring of a complete system, including the approval.